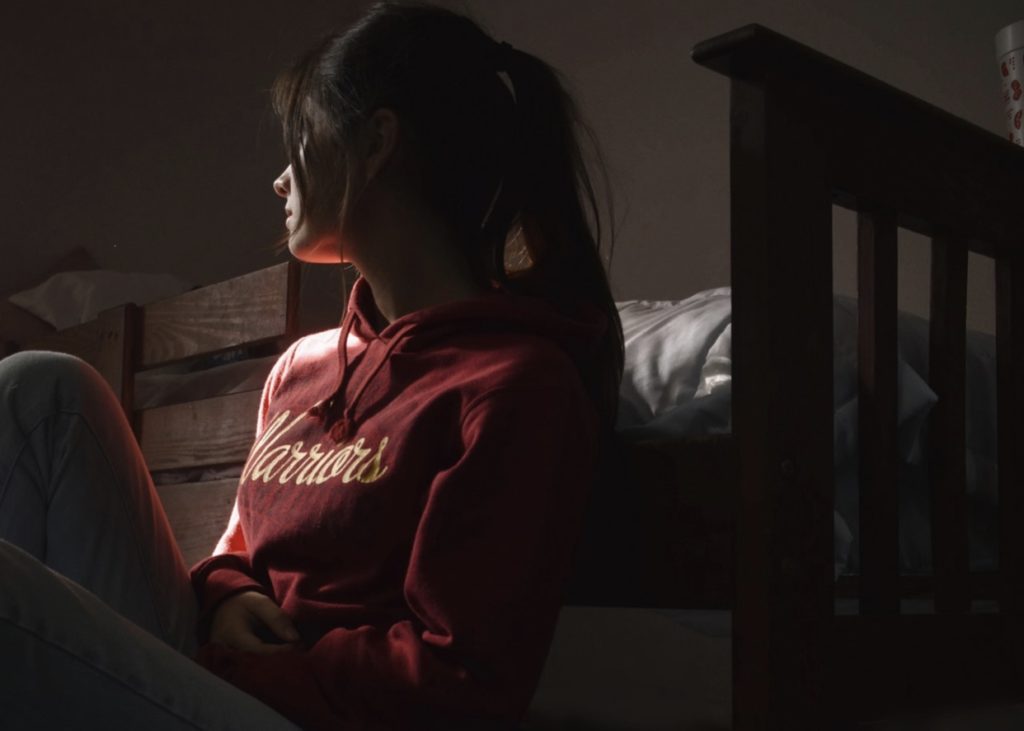 There’s no doubting that technology plays a fundamental role in the everyday lives of young people and it’s often the primary method of communication with family, friends and other people their age. But emerging technology and social media has opened the door for a range of new forms of digital sexual harassment, particularly for teenage girls. We need to be aware of this problem and play our part in protecting them.

For most young people the internet plays an essential role in their friendships and relationships. It can provide positive opportunities for communication, connection and self-expression.

However, for many young people, online sexual harassment is embedded in their digital lives and to some extent normalised and expected, making education about these issues more crucial than ever.

Defined as unwanted sexual conduct on any online platform, online sexual harassment amongst young people has been an increasingly pressing issue in schools and communities.

Amidst growing concerns of sexual harassment in schools, research conducted in part by the charity Childnet, found alarming prevalence of young people targeting their peers with online sexual harassment.

From research under project deSHAME, online sexual harassment has been categorised in four main types. These different behaviours are often experienced simultaneously and can overlap with offline experiences of sexual harassment.

Almost a quarter of UK teens (23%) have witnessed young people secretly taking sexual images of someone and sharing them online, also referred to as ‘creep shots’ or ‘upskirting’, while 8% admitted they had done this in the last year.

68%The majority of respondents (68%) agree that people will think badly about a girl if her nude or nearly nude image is posted online, whereas a smaller proportion would think the same if it were a boy (40%).

1 in 10 of UK respondents aged 13-17 years (10%) have received sexual threats online, including rape threats, from people their age in the last year, while 31% have witnessed this happening.

12% of UK teens said their boyfriend or girlfriend had pressured them to share nude images in the last year, with girls being more likely to report this (14%) than boys (7%).

26% of UK respondents aged 13-17 years have had rumours about their sexual behaviour shared online in the last year, with almost two-thirds of respondents (65%) saying that girls are judged more harshly for this than boys.

Almost a third of UK teens (31%) had seen people their age creating fake profiles of someone to share sexual images, comments or messages in the last year, while almost half (47%) witnessed ‘doxing’ where other young people share personal details of someone who is seen as ‘easy’.

23% of UK respondents aged 13-17 years had received unwanted sexual messages and images in the last year, with girls being significantly more likely to experience this (31%) compared to boys (11%).

Over a quarter of UK teens (26%) reported that they had received sexual comments on a photo they posted of themselves in the last year, with girls being significantly more likely to experience this (33%) compared to boys (14%).

The impact digital sexual harassment has on teenage girls

This video from Suffolk based Domestic Abuse Forum, Compassion, shows how easy it can be for a teenage girl to be talked into sharing intimate pictures.

The trouble is, all too often these images are then shared with others which can have a devastating effect on the young person, their self-esteem, confidence and reputation amongst their peers.

In the deSHAME research, it was found that young people in the UK are more likely to turn to their friends if they experienced online sexual harassment (68%), compared to their parent or carer (39%), the police (18%) or a teacher (15%)

However, that’s only a small proportion, as 81% of teens would just block the perpetrator block and try to ignore it, they don’t tell others and suffer in silence.

The research also revealed that young people face many barriers that can prevent them from speaking up about online sexual harassment.

We need to empower teenage girls to speak up about online sexual harassment.

As well as producing research, project deSHAME, which is an EU-funded project, aims to prevent and respond to online sexual harassment carried out by young people.

The project exists to increase awareness and understanding, call on young people to report if they see it happening, support teachers and other professionals such as police, to effectively prevent and respond to this issue, and to address responses to those targeted – including tackling victim-blaming culture.

The ‘Step Up Speak Up’ Toolkit will include practical, scenario-based and interactive activities including lesson plans, films, workshops and assemblies. It will also include advice and guidance for school staff, youth groups, police and other professionals working with children.

The Department of Education have released their statutory guidance on Relationship and Sex Education (RSE) which will be mandatory for all schools from September 2020. This will help to educate our children about what is right and wrong, warn of the dangers and provide details of support to those affected.

Our responsibility as parents and significant adults to teenagers is to have open discussions, to let them know that it’s not ok, to encourage them to report it if they see or experience digital sexual harassment. And most importantly, to be supportive, not judgemental or angry, if a teenager confides in you or discloses their experience.

Age appropriate discussions around puberty and growing up, what sorts of images are okay or not okay to share online, consent and peer pressure are crucial to tackle this problem early on and prevent it from happening.

Activate parental controls and observe age restrictions on social media platforms for younger children. And be sure to discuss the potential consequences of sexual harassment with older children and teenagers.

If you’ve been affected by digital sexual harassment

If you’re a young person who’s been affected by digital sexual harassment, I’d urge you to tell a parent, teacher or trusted adult to begin with, or call the NSPCC Helpline on 0808 800 5000 or Childline 0800 1111 if you can’t tell anyone you know.

If you’re struggling to cope with what happened to you, or you’re concerned about a teenager who experienced sexual harassment, counselling can help.

My name is Liz and I’m a qualified, accredited and registered counsellor.

I aim to create an environment where you feel comfortable, safe and relaxed, giving you the opportunity to come to terms with what you went though, explore your feelings, and finding positive ways to cope better.

You can contact me about how I can help and to discuss how counselling may help you. 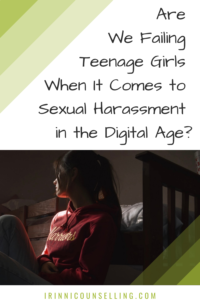